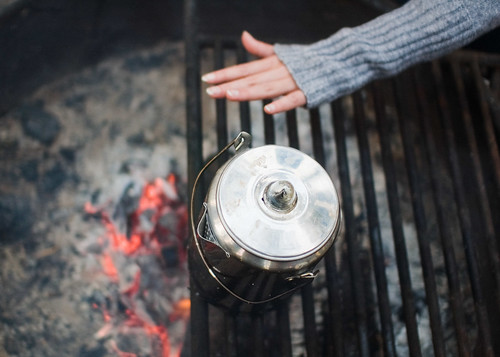 As you might imagine, after we got back to the campsite from hiking Lassen everyone was tired, hungry and ready for a nap. 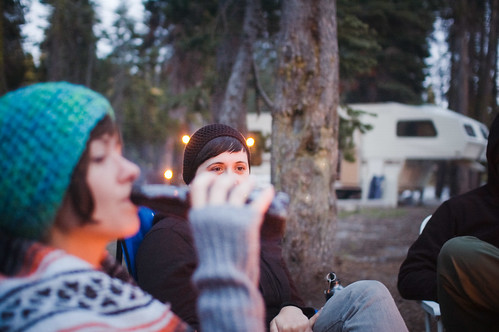 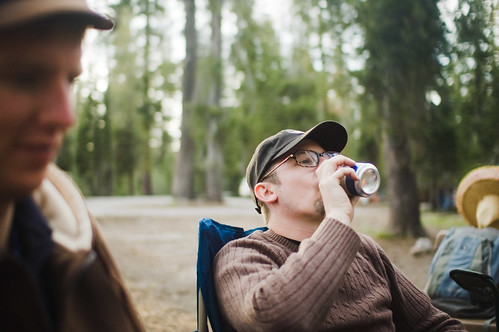 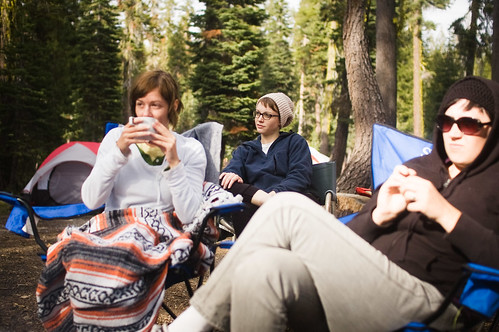 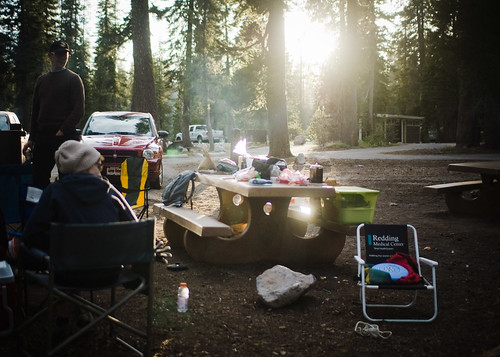 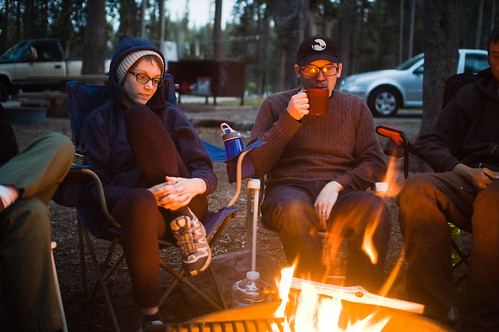 We settled in for a relaxing night in front of the fire with good food, friends and conversation. 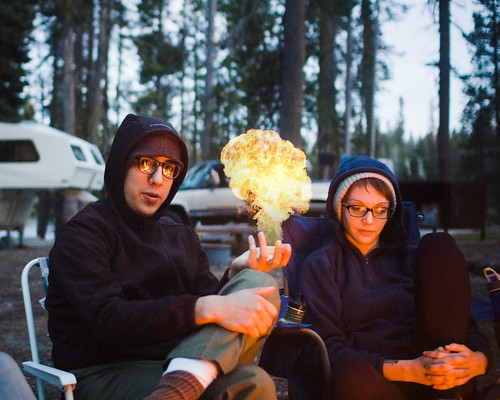 Mat proved to us that Chritsina wasn’t the only one with some fire up their sleeve. They don’t call him The Black Calderon for nothing! 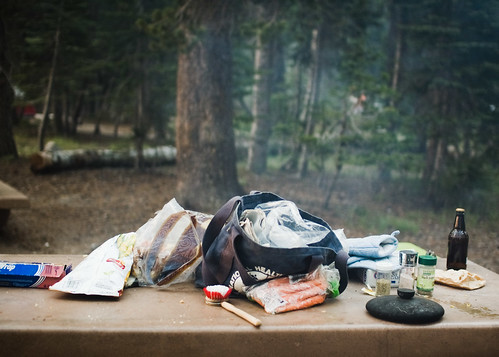 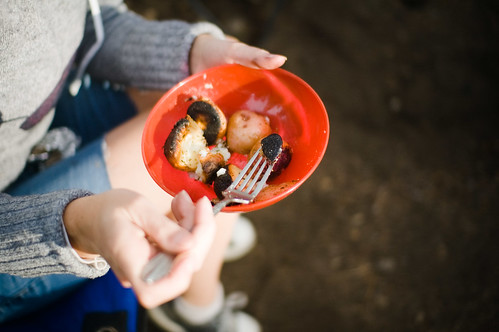 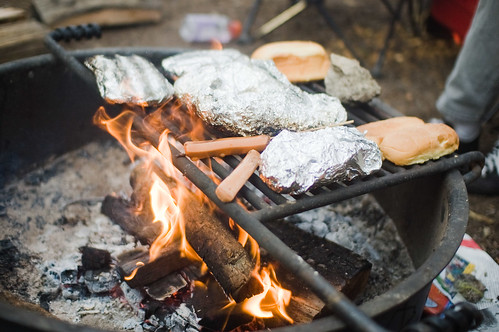 Most everyone’s dinners were some sort of foil-cooked veggie concoction.

I made sweet potatoes with onion, garlic, rosemary and broccoli for dinner, and then sliced apples with cinnamon, sugar, walnuts, rice flour and lemon juice for dessert. 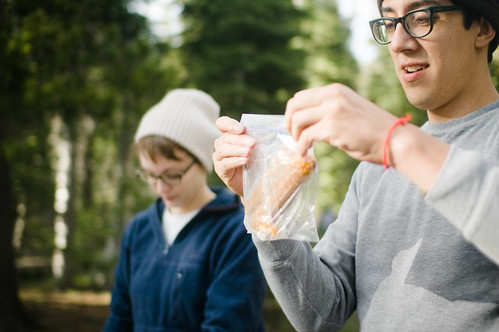 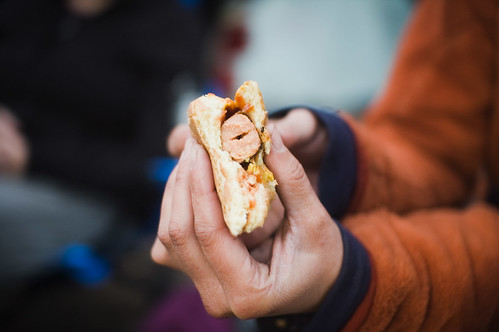 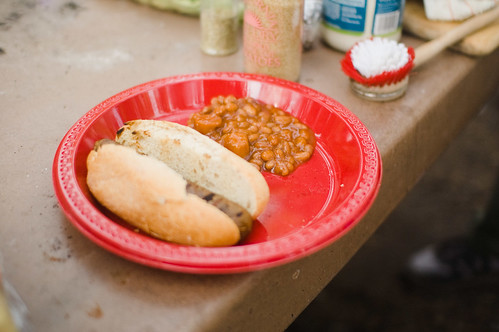 And, of course, many a frank ‘n’ bean were devoured. 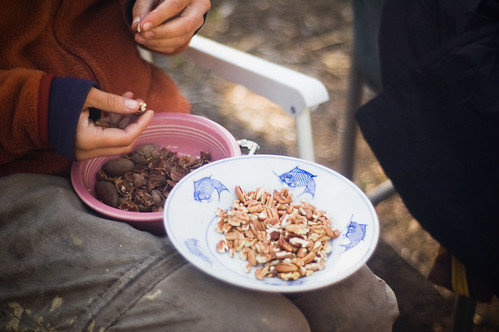 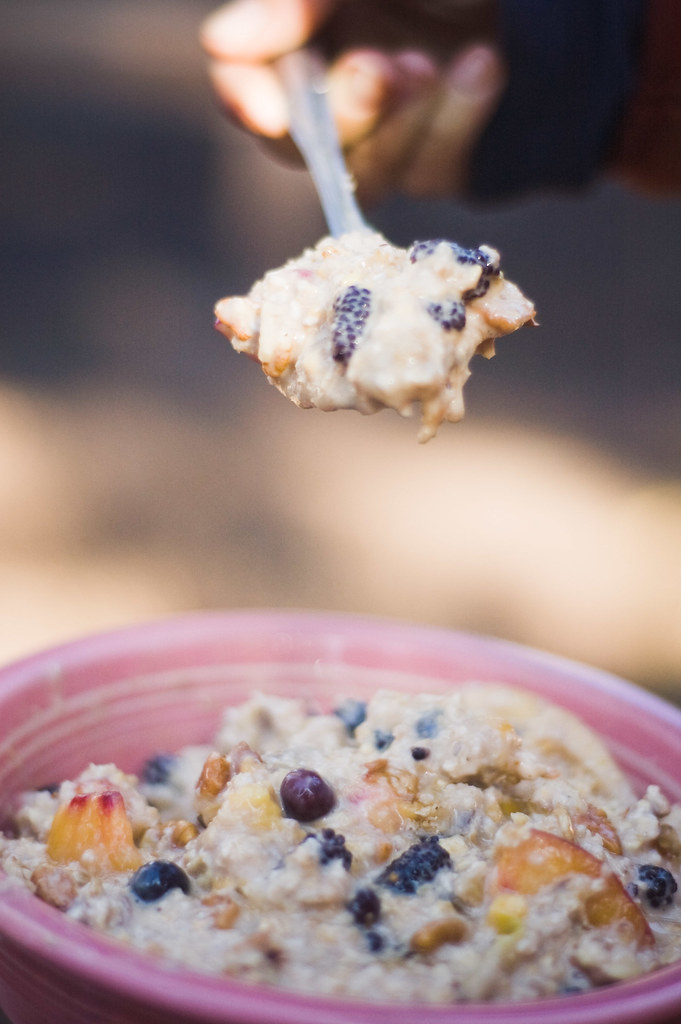 The next morning we originally planned on doing some light hiking in the King’s Creek area, but everyone was still wasted from Saturday’s climb. So we enjoyed breakfast together and groups of people eventually started to slowly trickle out. 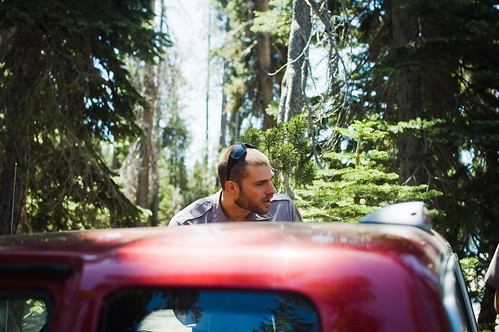 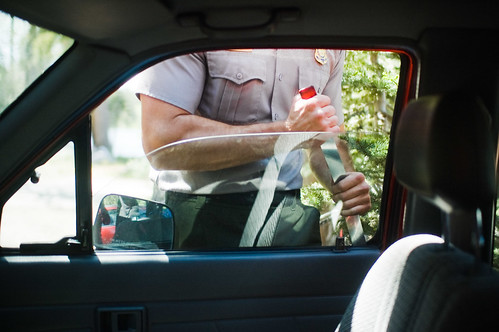 Just when Chris and I were getting ready to leave, I decided it would be a great idea to lock the keys in the truck. Oops! A first time for me, but everything turned out all right. The campground host radioed in a couple park rangers– one of them, I think we all agreed, was a total man-babe. They had slim jims, but apparently Toyotas are pretty hard to break into.

As it turned out, the passenger’s window was cracked enough that Chris was able to use a tent pole with duct tape on the end to pull the keys closer to the man-babe, who used a bent wire to pull them up to the window. We cheered, thanked them profusely and I immediately grabbed my camera from inside the truck to snap a few candids. You know… For, uh, posterity!

The rest of the trip home went without incident, except that I smelled like a campfire for two straight days and my forehead is peeling so bad I look like a burn victim. Owie.

Whoa! Look at that forearm!

I’ll show you a forearm.

wow, he is a man-babe. i think i need to lock my keys in the car next time i’m in lassen :)