Zombies and Munchkins, But No Munchkin Zombies

As I’ve mentioned before, I love games of all sorts. Video games, card games, board games– I even like games that involve physical exertion (though to a much smaller degree, natch). When I think of settling down in the future, it’s my ultimate dream to have an enormous game closet. The last month I’ve been exposed to two incredibly fun– and incredibly nerdy– games that will someday be in that imaginary closet (it looks more like a cramped corner on my bookshelf, at the moment). 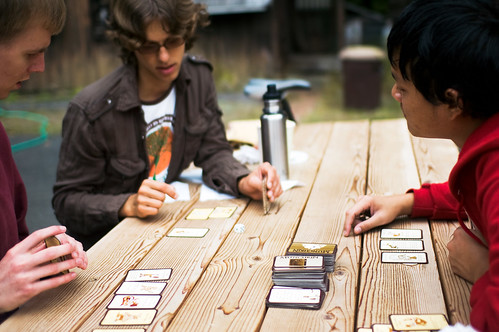 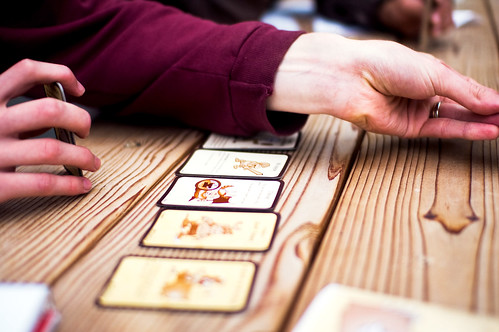 First, there’s Munchkin! A wonderful, cutesy and cleverly written card game that reminds me of a simplified cross between Dungeons & Dragons and Magic: The Gathering. There are all sorts of theme-based expansion packs you can get; I especially want the Wild West version, “The Good, The Bad and the Munchkin!”

You can learn all about Munchkin and purchase a deck ($24.95) of my favorite version, Star Munchkin 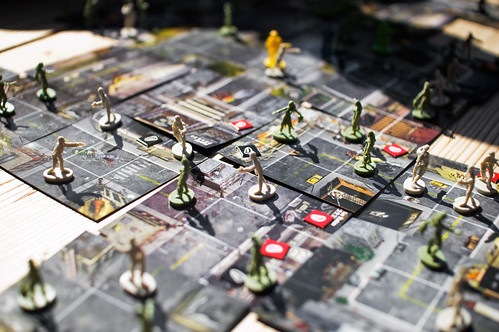 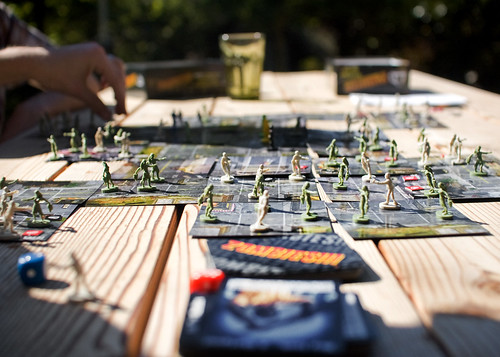 Second is Zombies!!!, which my brother brought with him while visiting us this week. This game is not unlike Munchkin in that the secondary goal of the game is to utterly sabotage all the other players without apology or shame. Alan and I grew up watching horror movies, and, shoot– we just plain grew up together– so this game is right up our geeky and vengeful alley!

You can learn all about Zombies!!! and purchase a board ($24.99) at the official website.

Hi, I’m an admin for a group called Munchkin Game, and we’d love to have this added to the group!

Hi, I’m an admin for a group called Munchkin Game, and we’d love to have this added to the group!

I’m going to have to look for this game!

Me too! I think I’m gonna get off this dang computer and go see if I can squeeze in on their game right now! :)