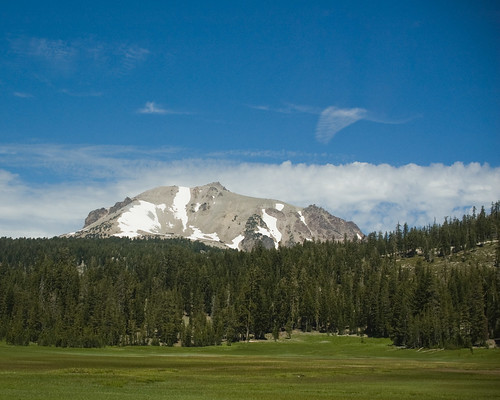 Mt. Lassen is 10,462 feet in elevation and part of the Cascade Range. It lasted erupted in 1914, and is one of the largest lava domes on Earth! The actual trail is about a 2,000 ft. climb, 5 miles round trip. We managed to hike that sucker in under 5 hours, and that’s including a 1-hour break at the peak. Not bad. 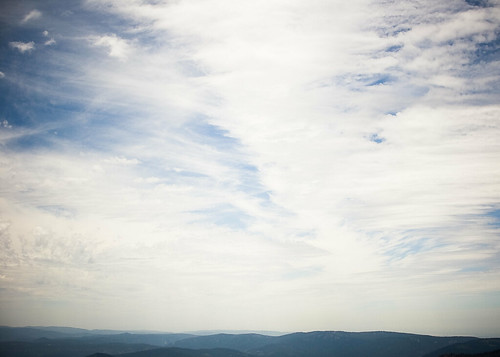 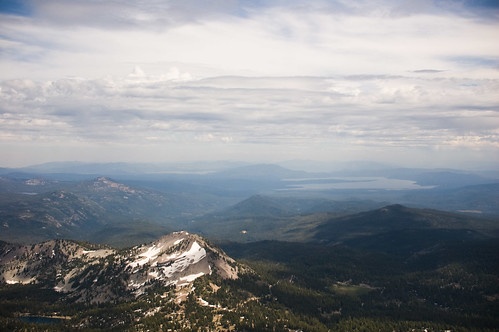 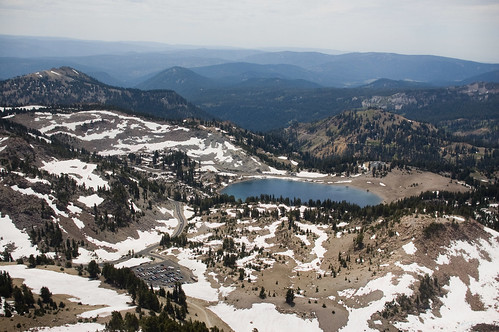 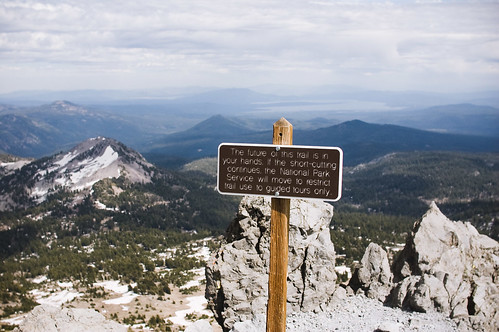 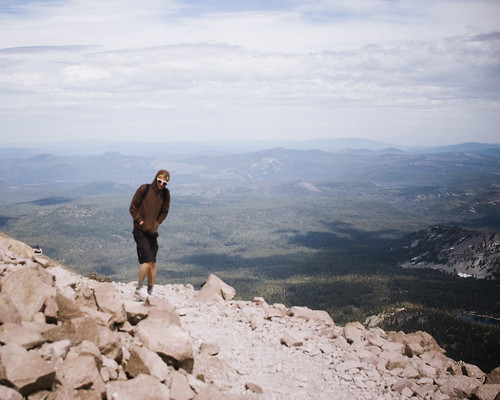 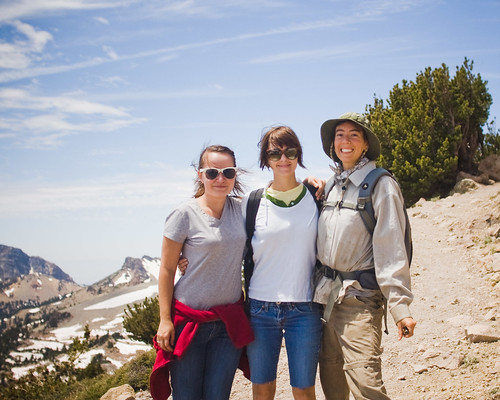 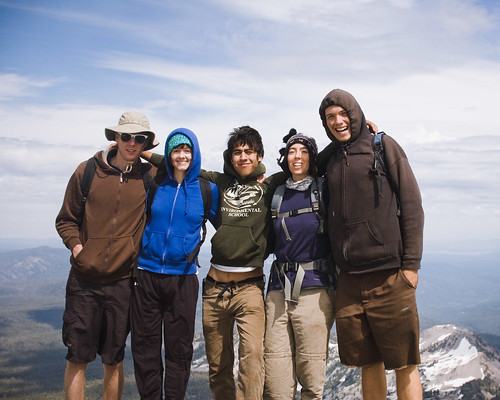 The views on the way up were incredible, but the view from the top was breathtaking. 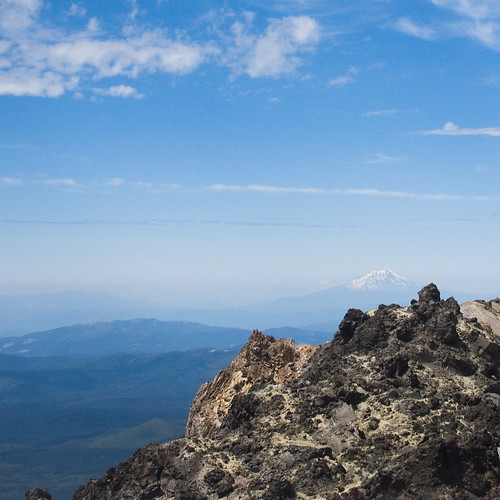 On a clear day like this, the first thing you see upon reaching the summit is Mt. Shasta to the North. 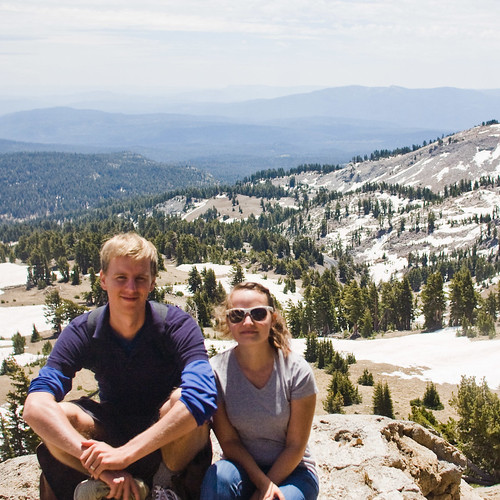 Despite having hiked Lassen twice before (once when I was 10, even!) I got to be the weakling who took the longest to get to the top, clocking in at 2 1/2 hours before I reached the peak.

It’s not the most difficult hike, but it can sure kick your butt. The combination of direct sunlight, high altitudes and relentless glacier-cold breezes don’t make it easy on you. 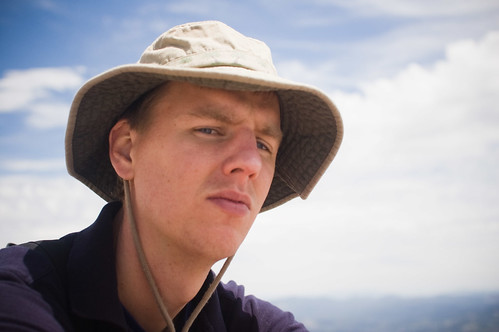 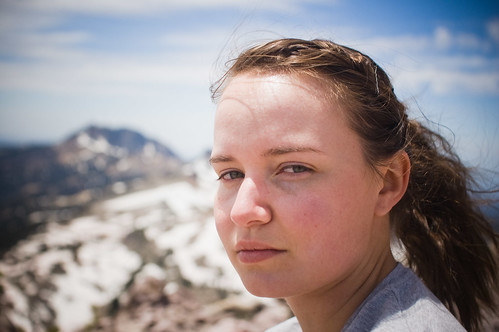 Chris was sweet enough to suffer through the last mile and a half by my side, putting up with my need to take a 30-second break at every switchback. At one point we sat down, enjoyed the view and practiced our “model faces,” a.k.a. trying to look as bored to death as possible. Anything to take away the pain of being utterly exhausted and still having half a mile of steep inclines to scramble over! 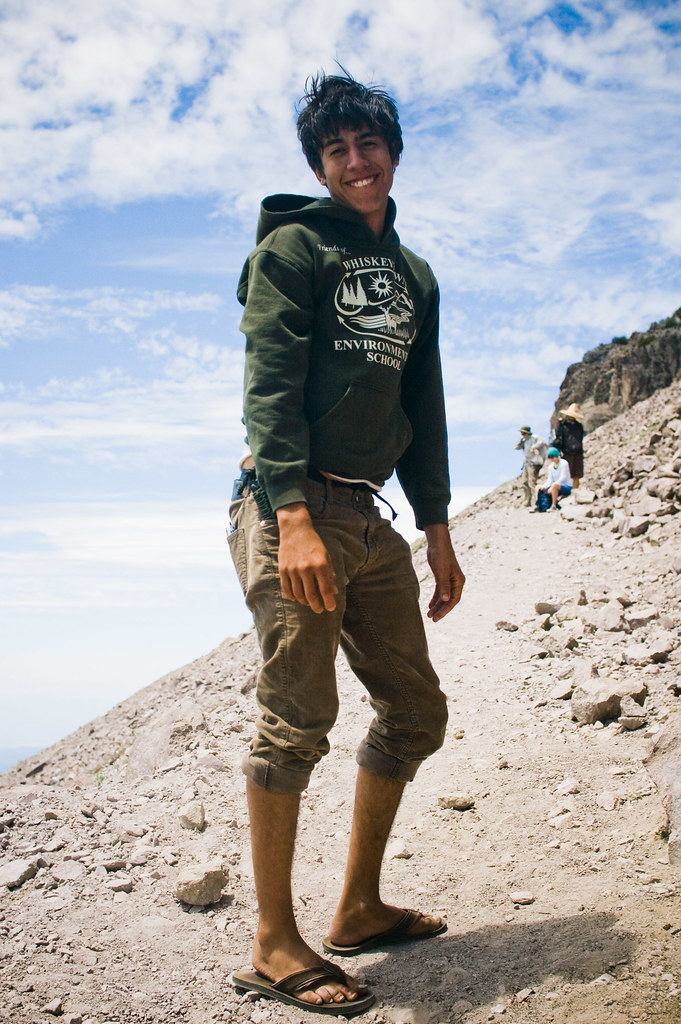 As if I didn’t feel like a big enough wimp already, I had to watch Kyle take on the entire mountain in flip-flops. He outlasted us all in not only stamina but also spirit. 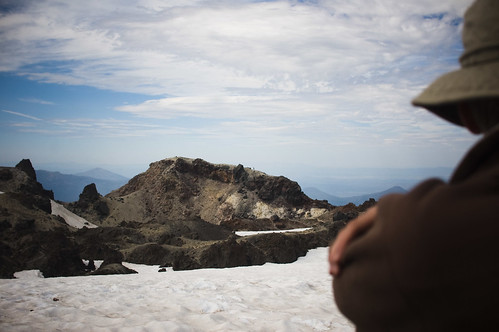 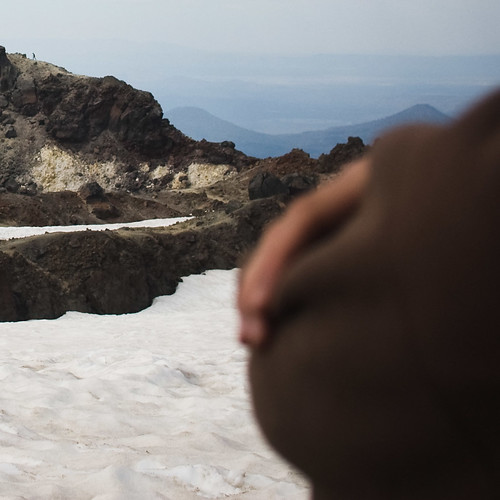 While at the peak we lost sight of him and noticed a stick figure on a far off ridge line some 20 minutes later! The next morning he disappeared around 8am, only to return 10 minutes before check-out, shirtless with chapped lips and tales of bear sightings. Crazy kid. 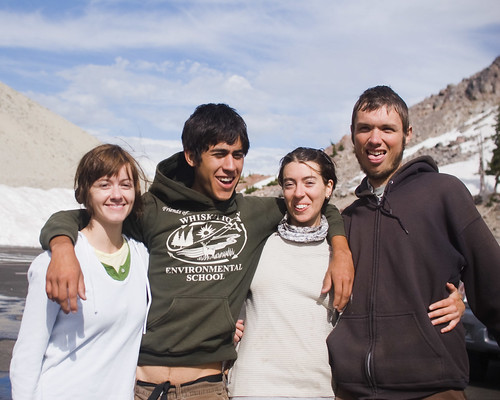 After everyone trodded, stumbled and skidded their way back down the mountain, we took some victory photos in the parking lot. This was Jillian, Gina and Tatton’s first time on the peak of Lassen. Way to go, dudes!

Once again, I was the last to arrive because I was too busy nearly killing myself every hundred feet! I actually think the walk down is a lot more dangerous than the walk up– all that loose gravel and dirt made for quite a lot of near accidents.

Stay tuned for Part III where I wrap it up, but not before locking our keys in the truck!

okay…now i honestly don’t understand how this kyle boy did that in FLIP FLOPS! someone please explain this to me. i stared at that picture of him with flip flops on for like a good 5 minutes. whaa? whaattt? i did a hike up pathetic mt. leconte (6,593) and felt horrible in tennis shoes.
im quite impressed and that looked like a beautiffullll hike!

I know, it’s beyond me, as well! Everyone was pretty much wasted by the time we got to the top, and then he did extra hiking…? My feet were throbbing when I still had a mile to go!

I remember climbing it once when I was younger.. I don’t feel like it took very long but it was awhile ago.. I have a feeling it’d take a lot longer now, though, since I’ve gotten old and lazy.

That’s exactly how I felt– in my memories I zipped up to the top in no time at all. I’ve definitely let myself go in more recent years, though!

I’ve hiking Lassen twice before, but both were at night during the full moon… I’ve actually never thought of doing it during the day. Now I realize how magnificent the views are!

That’s funny because Chris’s mom sometimes does the snowshoe night time hike up Lassen with church folks… And I just can’t even imagine. Isn’t it FREEZING? Every time the wind blew I felt like I’d just stepped into a walk-in freezer.

I’ll give you the benefit of the doubt and say it took longer for you because your friends have giant, long legs! One of their steps is equal to three of yours!

Oh man, I can’t wait for the next post. I’ve locked my keys in my car (and trunk of the car!) far too many times.

That was pretty much my mantra the entire time– that and the fact that I stopped to take so many photos! All that time really adds up :P