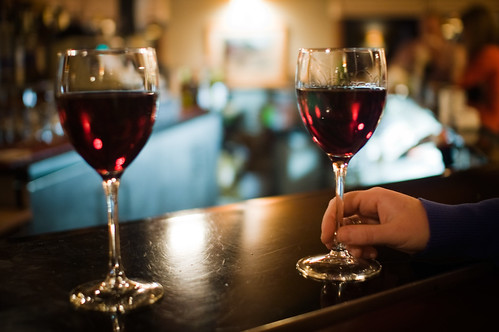 Yesterday was my last opportunity to take advantage of Allyson‘s job at Moonstone Grill, a ritzy little restaurant about 15 minutes north, in Trinidad. Chris and I had joined her about a month ago for my first tiny step into the world of seafood. On this Friday night, though, I was a bit more adventurous than clam chowder and Bigeye tuna!

Every bite of food I had, down to the seeded bread and butter balls, was remarkable. We started off at the bar where we ordered a half bottle of wine (the absence of Chris on this visit meat we weren’t able to consume quite as much wine as last time). I forget the name of it, but it came with the bartender’s recommendation and I loved it. 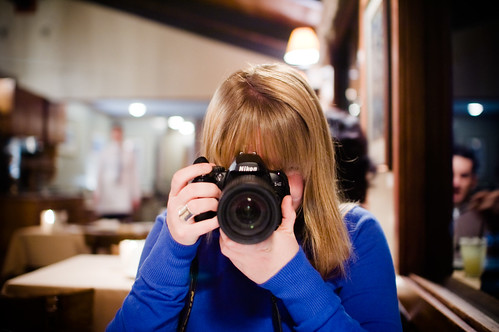 Not much later we scooted over to a table, which happened to be right on top of a heating vent. I spent the rest of the night switching between being uncomfortably warm when it was on and shivering with chills as soon as it went off. 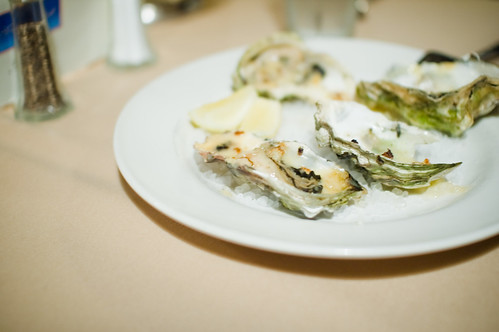 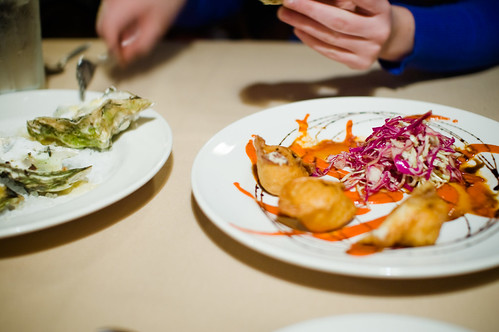 So, this is where the adventure began. I already knew how good the smoked albacore and chevre wontons were, so that was a must-order item. Ally wanted me to try oysters and I decided, if I’m going to a foreign country in a matter of weeks, I might as well practice the art of open-mindedness. 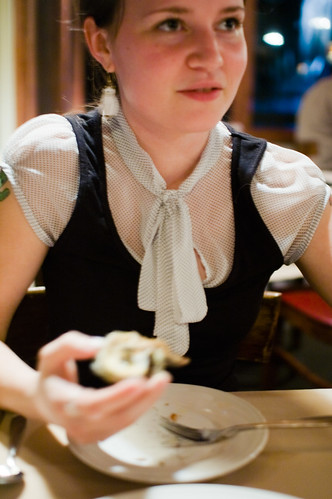 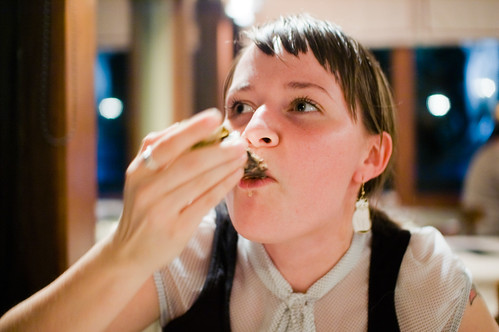 In retrospect, I should’ve just gung-ho’ed it, but I was really nervous! The idea of slurping an oyster out of this giant, awkwardly shaped half-shell is super intimidating. Allyson took great pleasure in photographing my experience for me :)

And yes, that is a river of juices drizzling its way down my lip!

The verdict, though? Totally delicious! Not disgusting at all, like I was preparing myself for them to be. It helped that they were bathing in a pool of garlic butter sauce, though! 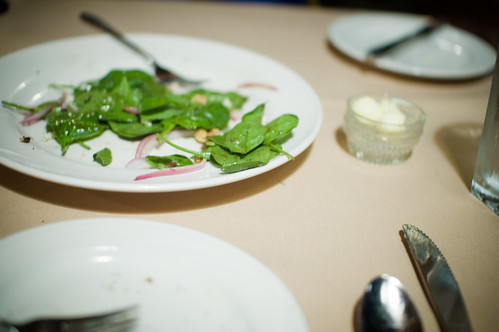 Then, we moved on to a simple baby spinach salad with purple onions, walnuts and gorgonzola. I guess it normally comes with a bacon-fig dressing, but Ally was considerate enough to ask the waitress to put a viniagrette on it instead since we were sharing everything. Thanks, girl! 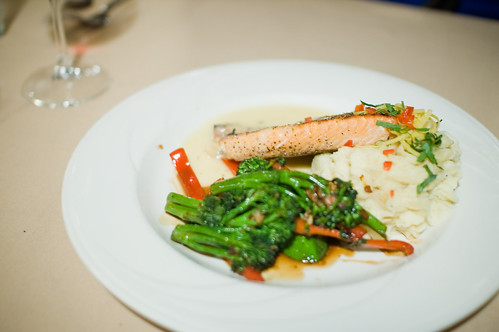 And then… The plate I had been excited all night over: Pacific Wild King Salmon. It came with garlic mashed potatos and sauteed broccoli and it was so, so delicious. I can’t believe I held out on seafood for so long, vegetarianism aside. 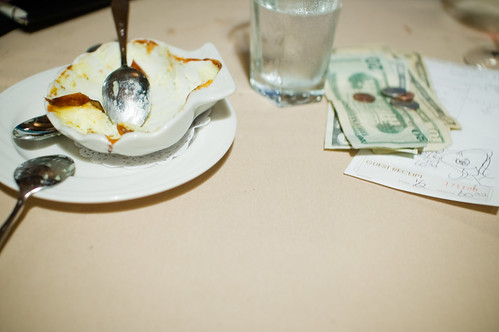 Lastly, we ordered creme brulee– my first ever– which I had a hard time savoring. The waitresses made little pit stops at our table to nibble at our food and chat before we left them to finish their rounds with the last of the customers.

Not realizing how late it was, we eventually left around 10:30 where I soon plopped myself down on an air mattress next to Chris and passed out. I’m really going to miss indulging in the 3 F’s with Allyson (friends, food and fun), but am also eternally thankful that she opened my eyes to the world of seafood.

a girl like you doesn’t have enough class to eat food like that. shouldn’t you be dining at the local denny’s? wait, no you ARE supposed to be eating out, dressed in your thrift store dress (which i might add looks HORRIBLE) because you’re so “cool” and “indie” – you do realize that professions like art and photography are realistically never going to get you or anyone you know, anywhere. those are last resorts when a person either can’t afford real schooling or just can’t do fuck else with their life.

Blessed New Year 2009 for you and your family:)
Be happy, be healthy, be safety…

Congrats, this is exquisite photo by wonderful captured and/or treatment. Thank you to share your best to inspire friends. I pleasure and honor to give the awards:) If you do not prefer to join please leave it, thank you.

INSPIRE!! Invite ONLY!
You are INVITED to display this wonderful photo
in the INSPIRE Pool, and give 2 awards.

Honor to invite you to be happy at:-
SPLENDID PHOTO!!YOUR PHOTO IS
INVITED TO MY SPECIAL GALLERY

You are my winner!
Please add this photo to
http://www.flickr.com/groups/mywinners/

you are basically the cutest face stuffer in the world.

It sounds like a delicious night! I am still scared of oysters, although I got to try them eventually :)

Even as the carnivore I grew up as, they took me 24 years to work my way up to. Definitely on the more intimidating side of the seafood menu. One of my room mates claims they’re too “chewy” for her, but I think their texture is perfect. If anything, though, they definitely aren’t anything to be scared of!

Well, maybe I should bite my tongue until I’ve tried a raw oyster, hah :)

TBH, I’m pretty sure the only food I’ve stepped out of the box with and became truly disgusted by was calamari. Bleah! Never again.

BEST NIGHT EVER!! We did have a fabulous time and the food was superb. It won’t taste as good when you’re gone, Kim!!

In retrospect, as I typed this blog entry out, I was amazed that we actually shared every single plate (minus your oversalted duck, of course). I walked out of there feeling pleasantly plump, not fully realizing until now the huge spread of food we chowed on. I would come back to Arcata JUST to eat fancy meals with you over wine, moodlighting and heating vents.

I wouldn’t have ever guessed it before last night, but I am in complete agreeance now! Total yum.